Möbius celebrated its online Awards Ceremony on the 21st of April and announced the winners of its Open Call for manuscripts. The event had 72 participants from all around Europe, and welcomed special guests like the novelist Giulio Ravizza, who explained his role within the Möbius project related to his book “L’influenza del blu”. Patricia Castillo, the project coordinator from the Catalan technological centre Eurecat, moderated the session and announced the winners.

The ceremony started with a brief explanation of the Möbius project and was followed by a conversation with Giulio Ravizza on his novel and his insights on tech and literature. He said:”The great benefit of tech is that it removes barriers. Reading has a lot of barriers. An e-book allows us to have any book in any in just 80gr. Books are written words as we know them, but there are many ways, thanks to technology, to have access to content.”

In this way, Möbius is eager to contribute to the New European Bauhaus and its critical mission of designing “future ways of living, situated at the crossroads between art, culture, social inclusion, science, and technology.” The Möbius open call for short original fantasy stories conveyed this spirit. Authors had to imagine and build a liveable future, the future they dreamt about. In the words of Dennis Gabor, Nobel Prize 1971: “The future cannot be predicted, but futures can be invented.”

The ceremony was followed with a brief recap of the Open Call for Manuscripts before releasing the winners. The winning manuscript will become the first Möbius Book, a cross-media experience involving a 3D audio and virtual reality production, as well as an art installation. The Möbius Book will be showcased in several locations across Europe during 2023 and 2024, as part of the dissemination and demonstration events of the project. The Möbius Book will remain publicly available on the project’s website for at least 5 years after the project ends in February 2024. Furthermore, the top story will be awarded €1,500, and two prizes of €500 each will be given out for the second and third place. The prizes will be delivered in kind.

The announcement of the winners took place at the end of the ceremony. The 4th and 5th finalists were recognised too. Five finalists who were able to attend the ceremony each read a paragraph of their short fantasy stories, to share them with the audience.

The chosen finalists are, in reverse order: Volodymyr Halyshyn (fifth place) and Javier Barraca Mairal​ (fourth place), followed by the third prize for Ciro Neri. Second place was given to Rodrigo Lopes do ó Barbosa, ​with the winning position awarded to Filippo Rubulotta. The Möbius Team congratulates all of them.

About the Möbius Project 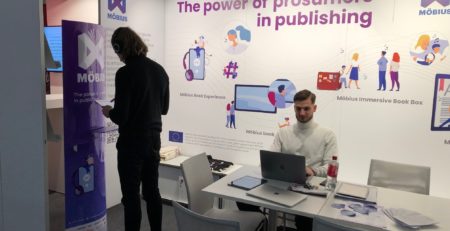 Möbius has participated in the Frankfurter Buchmesse 2022

The project's binaural audio experience has been showcased at the fair Möbius presented the project's idea of renewing the book... read more

Möbius launches its call for manuscripts looking for the best short original fantasy stories. The winning author will receive 1500€ in-kind prize and the opportunity to publish... read more 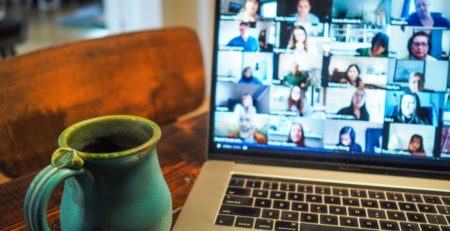 The European Commission gave an introductory speech in the session, and it followed by a panel of experts and... read more